Google docs index and rank for target keywords, but do they actually pass link juice to your site?
SIA Team
July 10, 2021 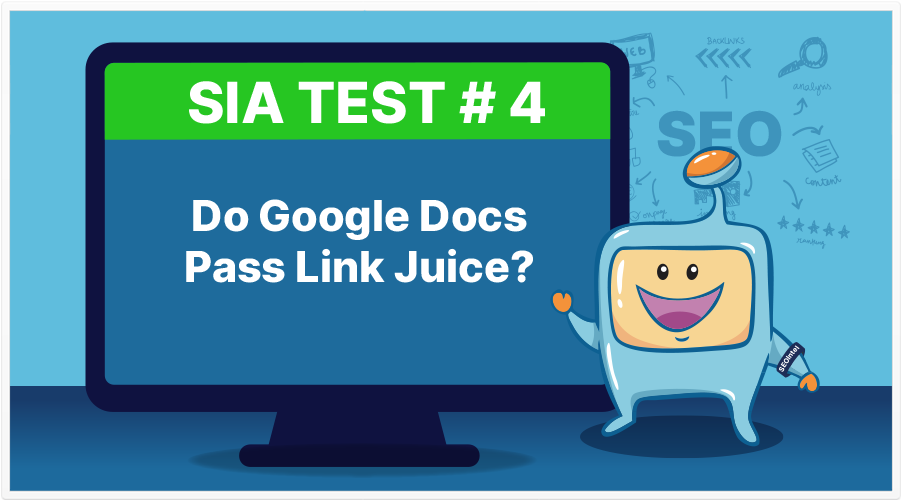 We know that Google Docs will index and rank for target keywords, but do they actually pass link juice to your site? That is the question we are trying to answer with this test. We ran two different tests to get to the bottom of this.

In this video, Clint’s talks about this test and his feedback on the use of Google Docs for linking.

This will be Test number 4 – Do Google Docs pass juice.

I don’t know who originally came up with the Google Drive, and then Google Drive stacks, and then Google Doc for link building ,and all that stuff. But some names that have come to mind are Marco from some semantic mastery. And then you have a bunch of other people who’ve made tools and software’s and systems and to this day, are still selling links from these platforms or software to make links from these platforms in several different forms. What we need to do is know if they still work.

Now, this test was done in August 2016 and we have since then others to continually check these out because you never know with the Google platform. They’ll turn it on, turn it off, or do something to make it negative.

We check this actually quite often when we’re doing stuff. So what we need to know is, if I put a link inside of a Google Doc, will it increase the ranking for my page?

We ran this test twice in this instance. So one is the two pages that are indexed and then we pointed a link at the lower ranking one, and saw where it went. And then the other one, we just did it immediately. It’s actually two tests and one where – does a link in the Google Docs help with indexing and then willl help with ranking.

In test one, what we found is you put the link in, and it shot the rank up to number one – the test page.

In test two, the test page was the only one that got indexed. So airgo, by default, it’s number one, the control page was never entered into the index.

There is a caveat to that though, there is a specific setting inside of Google documents in the Google Drive, in particular, that you have to turn on in order for this to be applicable now.

It used to be the public to the web was the default and then they switched it to anyone with a link. And what happened was that anyone with the link change actually made it so that the Google system ignored the links inside of the Google Doc and it didn’t hurt or help a page. It was just kind of not there – is essentially the way they’re treated.

That is the kind of information you can find at SIA when we are doing these kinds of test. We wouldn’t know that if we didn’t continually run these types of tests and we do.

Enjoyed this test? We have more tests using Google Docs and other Google Properties. Visit our other test articles to check them out.