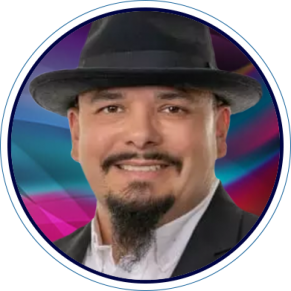 Don’t let the “black hat” Clint is wearing in the above picture fool you. Even though he doesn’t shy away from doing what needs to get done to get the site ranking, he plays all “white hat” with his incredibly sharpened On-Page SEO Skills…at first.

But then, if he needs to roll up his sleeves to take on a dirty player, Butler can through it back harder. It’s only then… the black hat he is wearing befits him. 😉

Clint Butler has been doing SEO since 2009, owns his own agency, Digitaleer, as well as is a partner in the SIA & RankGear.

He is the host of SEO This Week where he educates his audience on current SEO news, strategies and topics, and has co-hosted other SEO podcasts and shows including SEO Fight Club and White Hat vs. Black Hat.

As a Digital Marketing & SEO specialist, Clint Butler has educated hundreds of Entrepreneurs, Freelancers, Agency Owners, and Business Professionals on how to get REAL results from SEO.

Clint Butler is not only “the” most knowledgeable SEO in the entire industry, he is also one of the most humble.

Over the past 9 years, he has conducted educational webinars on the topic of SEO founded a digital marketing agency, and created online instructional courses on the topic of Facebook marketing, Schema, and On-Page optimization.

He and his agency has retained by numerous SEO clients including agencies and businesses like Over The Top SEO, Cannon Companies, WhiteSands Treatment Centers, Greene Realty Group, Alpine Ductless, Family Dentistry of Hawks Prairie, YellowPages.com, and many more.

Clint has also been quoted as a subject matter expert in major SEO industry publications and other digital marketing websites.

Butler also runs an exclusive mastermind for six and seven-figure earners looking to reach the next level in their business while supporting others. Clint regularly presents at SEO Rockstars and SEO Spring Training.

On a Personal Note…

After serving just over 21 years as a member of the Military Police Corps, Clint Butler retired a Non-Commissioned Officer of the United States Army.

While in the Military, Clint managed to serve in about every position available to him during that time, from Machine Gunner to 1st Sergeant to Military Police Working Dog Handler & Kennel Master.

He was also deployed to three combat zones, Kosovo, Iraq, and Afghanistan.

During that time he received (three) Bronze Star Medals AND an Army Commendation Medal for Valor.

The Bronze Star Medal is awarded to any person who, while serving in any capacity in or with the military of the United States, distinguished himself or herself by heroic or meritorious achievement or service, while engaged in an action against an enemy of the United States.

A couple of years before his retirement Clint knew that he no longer wanted to be in the Law Enforcement field, (despite earning his BA in Criminal Justice) so with a renewed sense of purpose and a desire to own and operate his own business, Clint started learning about Internet Marketing, specifically, lead generation AND SEO!

Clint lives in Yucca Arizona with his beautiful wife Kimberly, of 27 years, with their 8 German Shepard’s, 3 cats, 27 Yucca Trees and a garden full of tomatoes while his two adult sons live near by.