What Are The Strongest Web 2.0 Properties for Linking? 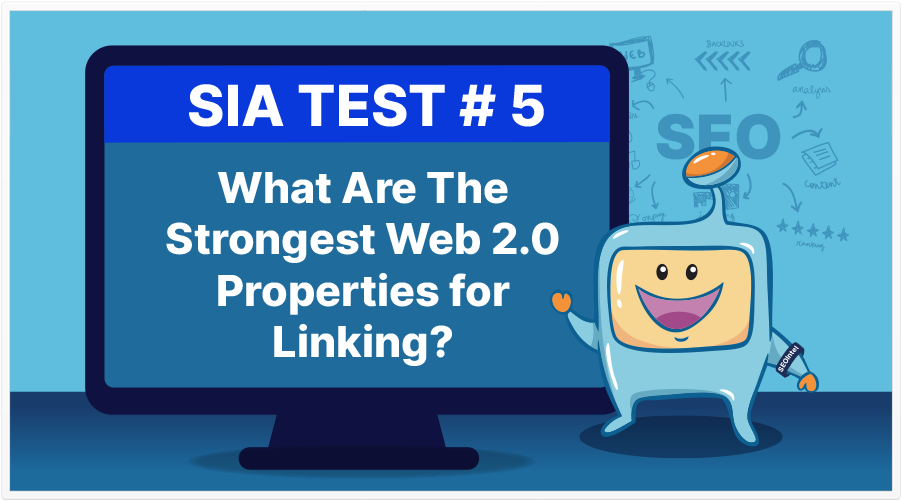 Many SEOs use Web 2.0s as buffer layers for link building. Additionally, you’ll often see methods on building “high quality” Web 2.0s as tier 1 links. The question is, which ones are the best to use?

Using Domain Authority as a guide, we built 10 Web 2.0s. To eliminate many variables as possible, we limited the text on the page, in an effort to just get the target keyword in the url. This would allow us to see which Web 2.0 properties are the strongest, based on the strength of the domain alone.

These are the winners, in order of strength:

These are sites that never indexed:

The Jury is still out

If you are doing spam, these three are your go tos:

In this video, Clint talks about this test and the use of Web 2.0s for link building.

What we have here is a common link building tactic that has been around for ages. I think it probably existed when I started SEO way back in 2005. I was using other people’s free web sites, which are now known as web 2.0s for link building.

Since the dawn of this method, there’s been tools created, there’s systems, there’s whole link building strategies behind the leveraging of these sites and we were wondering which ones were the strongest. This test is dated back in April 2016, it’s actually pretty old. But the list is pretty much the same in so much as the list of sites. But the ranking has definitely changed. And this is indicative of why SEO testing is important.

So what we did is we tested Blogger, Tumblr, Google Sites, WordPress.com, and Jimdo against each other, along with a Livejournal, about.me, and webs.com.

Back when this test was run, about.me was just getting started and was actually really, really popular with link builders because it was, frankly, it was really, really easy to build them and didn’t take all that much at all. And you can actually use a micro tool like our macros tool like imacros, or whatever and make those by the 1000s.

Eventually, as you can see, Google got mad. So Livejournal, about.me, and web.com, they actually reduced the rankings of the test pages. Where as Blogger, Tumblr, Google sites, WordPress, and Jimdo, at the time, improved it. And then based off of this order, this is kind of where the power of the links came.

I will tell you that as of today, and we published this last month in SIA, this site is no longer something that you either want to be thinking about using anymore. As a matter of fact, we went so far as to recommend some steps in regards to any blog or links that were created in order to eliminate the effect that those are having on websites. So if you’d like to learn more about that, you have to join the SIA.

But these sites here, they come and go. Tumblr used to be really well used, kind of “famous” for SEOs or there used to be pub pages, squidoo pages, if you remember those. Google Sites is now transformed from the classic version to the new version, and WordPress.com is still there. Wix got a new platform now where you can actually build sites for free. And there’s tons of other ones. So these come and go and these are required for you to test.

Remember before when I said in the last video, if you watch about the Google Docs, that Google changes the rules for their properties and that you have to constantly test them. And that’s what we found with Blogger. Blogger here won, but now we recommend that you stay away from them entirely. And we wouldn’t know that if we weren’t doing this kind of testing.

So check this out. Look at your list. If you have more web 2.0 that you’d like us to test, drop them in the comments in the video we’d like to hear and build this list up more.

Did you like this test? We have other tests on properties that you could link to and help boost your site! Check out our other test articles.